Behind The Breaks 2016: The RZA x Video Games

Posted by hectic zeniths at 8:20 AM No comments:

i haven't posted any new music in over a year now, so i wanted to write an update for anyone who might be interested where things stand for me musically:

-in 2013-2014, my goal was to write around 30 piano ideas for more piano-based HZ music.  those 30 ideas/pieces exist on my hard drive and some music paper.  i think about 20 of them are good enough to record, and i definitely plan for there to be a minimum of 2 more albums worth of piano-based HZ stuff.

-in late 2014 going into 2015, i started over in getting cheap records to sample and listening front to back and saving samples.  i recently moved, and counted the records i had sampled so far.  it was a little under 200.  i keep wanting to dive into stopping focusing on sampling and start practicing the piano stuff, but a nagging feeling in my gut keeps making me put it off and continue to sample records.  i took a pic of all the records when i moved: 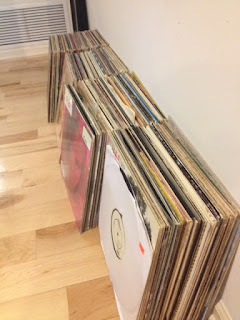 -sketch lightly and i had started a 5-song collab EP back in 2013.   a few months ago we finished it 100%...mixed, mastered, artwork, song titles, everything.  it sounds different than either the HZ album or Type One Era - he went around the city making field recordings of street + subway musicians and passed them along to me to sample.  Since a few people complained my mixes on Type One Era sounded too flat/quiet, we got someone else to mix it.   he is trying to do some music videos for it, and aiming to put it up on bandcamp/spotify/etc some time this Fall/Winter.  we're pretty proud of how it came out, and i think his writing on it is pretty amazing.

-there's this live beatmaking competition every few months in philly called 'behind the breaks' where everyone flips the same sample. i just found out about it and havent had a chance to see it yet, but i submitted beats and got a response that id be competing in it in November.  we'll see what happens, but i'll definitely post some video if it does.

that's all for now...i promise not to post anything for at least a year unless there's actually content to post.
Posted by hectic zeniths at 6:18 AM No comments:


back in 2003-2005, when mp3.com was still paying for plays and rappers were buying beats from anonymous internet producers for hundreds of dollars, "tagging" your beats was a thing - putting either a "vocal tag" saying stuff like "HOTBEATZ.COM - BEATS FOR SALE" or whatever - so someone would have to pay you to send them the beat without the tags.

Also, in 2003-2005, i was depressed, and partially blamed that on spending too much time digging through records and making beats.  so...i deleted...a LOT of beats.  some i had burnt on cds or sent people and stuff that i managed to get back, but i'd estimate about 250 of them were gone, forever.

Most of them are still gone, but i recently came across someone rapping on one of the ones from that era i thought was gone.  To my amazement, he had at least 10 I thought were gone forever - with one catch - at the time, I had randomly put dane cook stand up to "tag" them and prevent anyone from using them without my sending the untagged version.

i put what I consider the best stuff toward the front - the first 10, for whatever its worth, are personal classics to me.  but...theyre not great quality mp3s and have dane cook, so for that reason i'm just uploading it to mediafire, no cover art or anything.

here's one more on soundcloud:

a few people asked for them, now they're here and you can buy em through the hectic zeniths bandcamp. 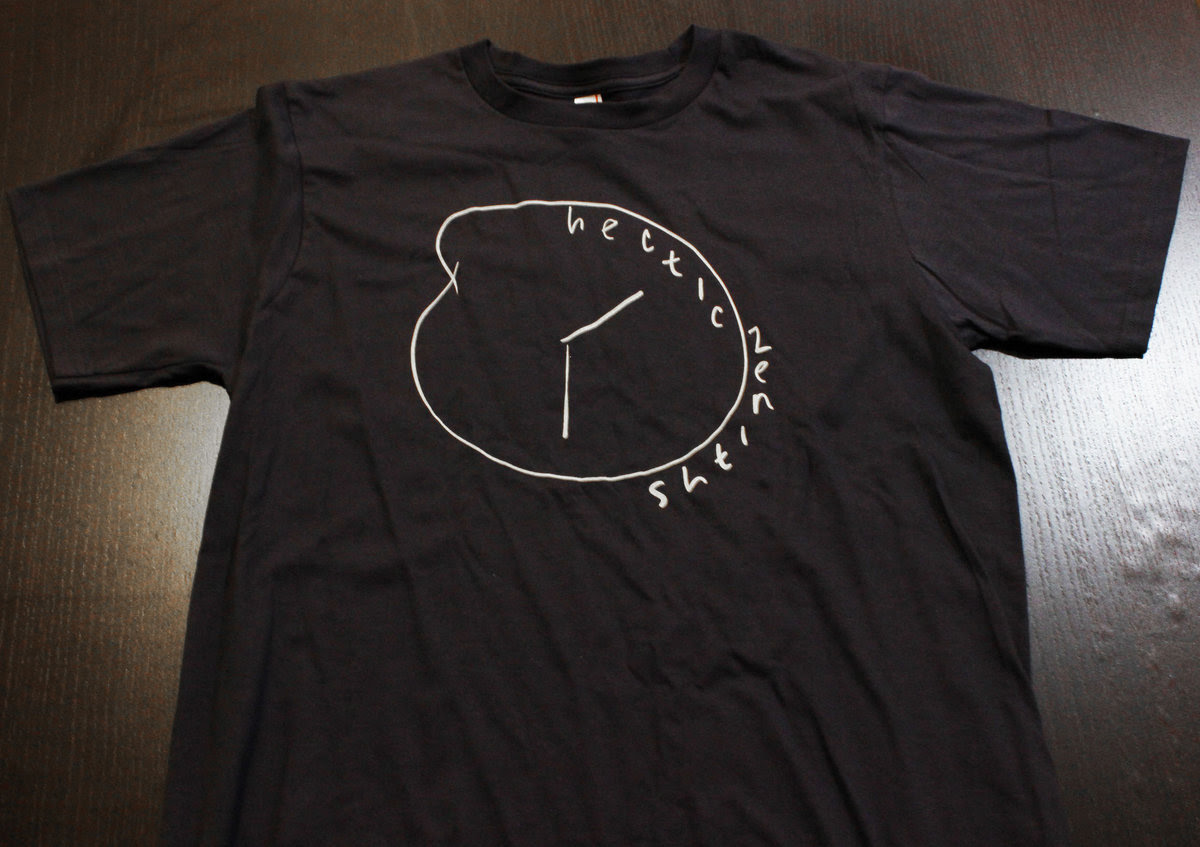 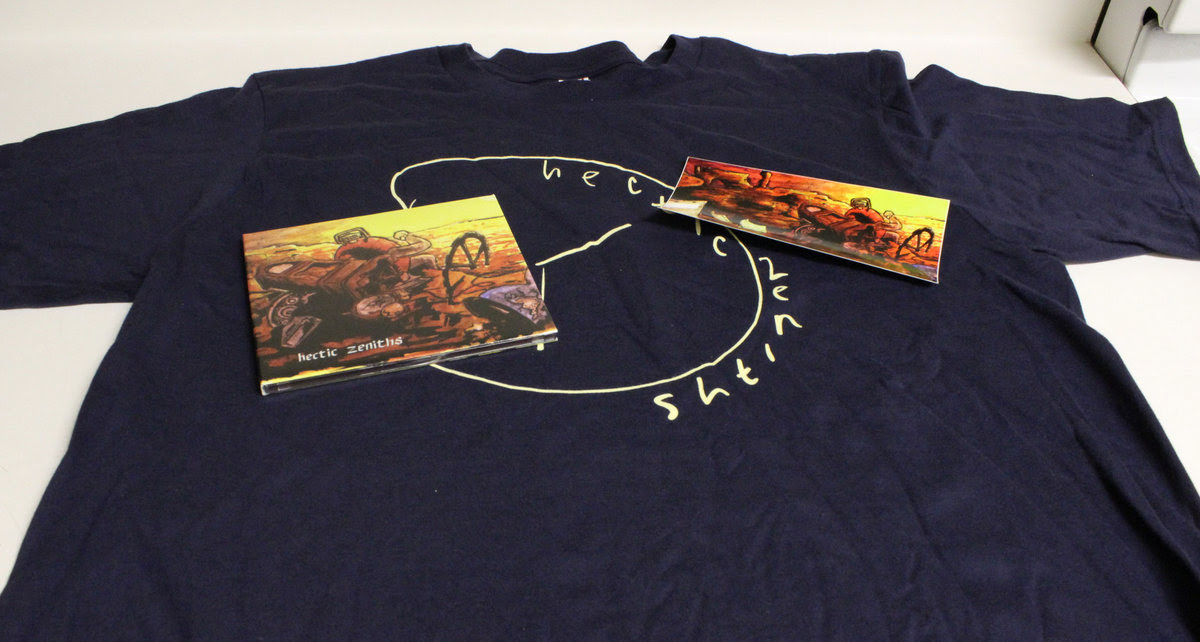 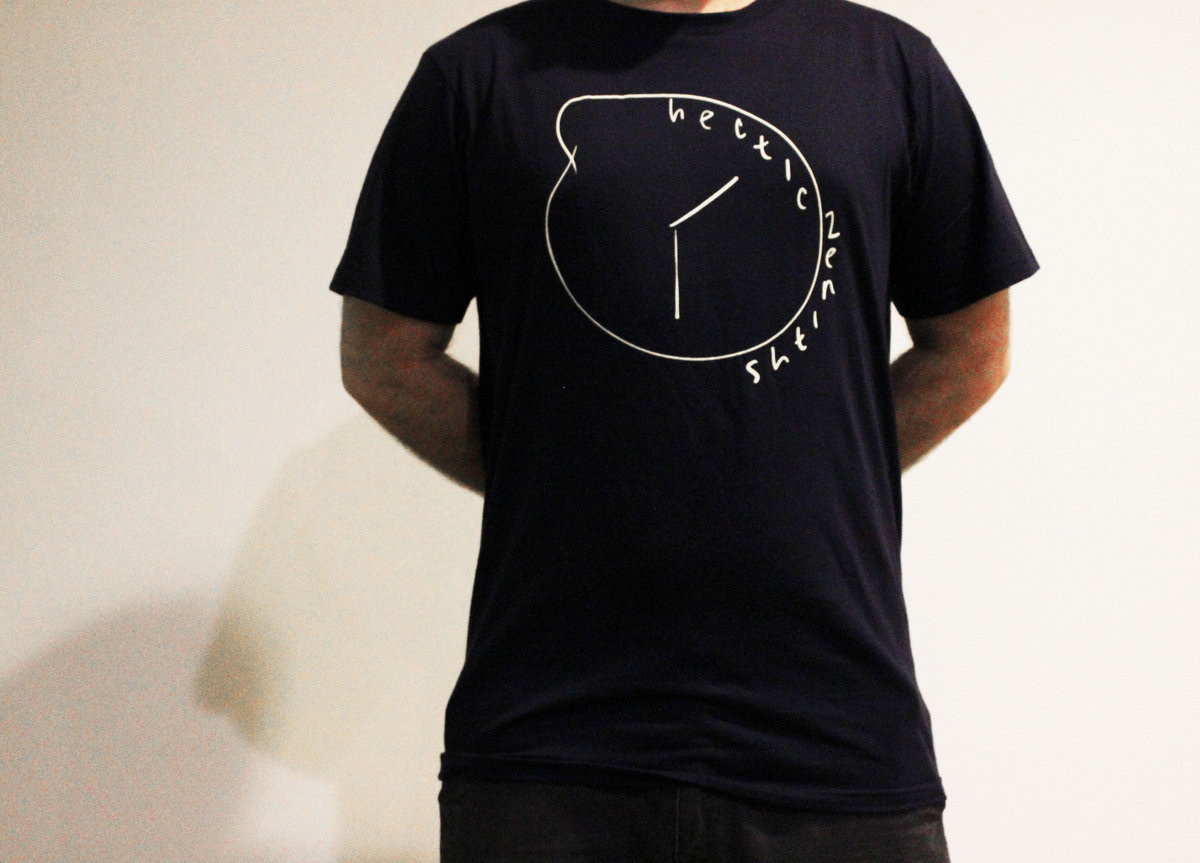 buy one before its too late!!

Posted by hectic zeniths at 6:20 PM No comments:

hope everyones having a good start to the new year. here's what to expect from Hectic Zeniths in 2014:

-long overdue hectic zeniths t-shirts! (they actually were printed a few weeks ago but there was a minor setback, should be putting them up for sale within the next month).  the logo looks awesome.

-putting up a new song w/ artwork on bandcamp a few days before valentine's day.  i made it for my girlfriend.  i like it a lot.  i hope you like it.

-hoping we can finish this 4 song hectic zeniths/sketch lightly collaborative EP and put it up by the end of the year.  it sounds pretty different than anything else i've done (almost entirely composed from field recordings).  i love it.

-lastly, here's a progress update on whats up with the next full album:
one of my goals in 2013 was to have 30 piano ideas for HZ II.  (why 30? seemed like a good number to be able to scrap the ones that arent as strong and have enough for an 1 full album plus an EP or LP of b-sides/outtakes.)  i don't know when i will be able to practice and record them in a studio and start turning them into new songs, but...I do have 30 piano ideas for it.  i've been writing them on music paper this time instead of just trying to memorize everything.  also got a new turntable in 2013,  did my first record dig for the album, and chopped/saved samples from most of it.  in 2014 i will be a bit occupied with going back to school [again] and trying to change careers, but finishing writing all the piano parts i plan to record was a huge step forward.  maybe i'll get with the times and finally get an iphone to do instagram updates once in a while so this page doesn't become too dead in 2015-2016 when i'm working on the album.


Posted by hectic zeniths at 8:09 AM No comments:

Anyone want a holiday gift? Let's try an experiment. There's a piano/fieldrecordingy/synthy slow track called "Ruminate" I left off Type One Era, that will never show up on any future project ever. Send an e-mail to hecticzeniths@gmail.com with the subject "Hectic Holidays", and I'll respond with an attached as a 320 kps mp3. Doooo it...you know you want to.
Posted by hectic zeniths at 10:41 PM No comments:

"hectic zeniths post trip-hop 90-minute hannukah megablend" is a mix of some of my favorite trip-hop songs and artists. "post-trip hop" because they all came out after 2000 (most in the last few years). i lean heavily toward the crackling-left-in-the-samples, bittersweet/pained vocals, grimey synths type of trip hop, but there's some fun/upbeat songs as well. all songs with vocals, no instrumentals.